Children are the Priority,

Change is the Reality,

Collaboration is the Strategy

Carol Dweck: The power of believing that you can improve

Carol Dweck researches “growth mindset” — the idea that we can grow our brain's capacity to learn and to solve problems. In this talk, she describes two ways to think about a problem that’s slightly too hard for you to solve. Are you not smart enough to solve it … or have you just not solved it yet? A great introduction to this influential field.

Taylor Mail provides the ultimate comeback for anyone with the audacity to ask what a teacher makes.  Inspirational for students, parents, families, community organizers, teachers, educational staff etc.

Building a Nation of Makers: Congress needs to pass the budget to support the next generation of innovators.

Toxic stress’ in the classroom: How a public health approach could help

To manage the stress of trauma, schools are teaching students how to relax

Principal Kafele says, "You can't teach them if you don't know them!"

5 Essential Questions... For teachers, for students, for success!

Listen to Dean James Ryan deliver his graduation speech to the Harvard Graduate School of Education students in light of the students they will teach... so they will feel beloved by their teachers.
Wait... What?  Root of all understanding
I wonder why/if?  At the heart of all curioisty
Couldn't we at least? Beginning of all progress
How can I help? Base of all good relationships
What truly matters... (to me)?  Leads you to the heart of life
Bonus Question:  Did you get what you wanted out of life, even so...?

San Diego’s Cherokee Point Elementary School has drawn national attention for its approach to school success centered on addressing the impact of childhood trauma and adversity. Parent involvement is a key strategy, including workshops on parenting, self-care, resilience and communication. As parents learn more about themselves and each other, they have been inspired to take on leadership roles in the school and community.

For Inspiration! The "Happy" Afterschool All Stars

Over the past decade, she's witnessed a disturbing trend: More of her students living on the street.

"I believe our no. 1 issue working with our homeless students is their uncertainty when they leave after school each day," Moore said. "They truly don't know if their tents will be there. If their families will be there."

Today, almost every school in the state has at least one homeless student, the state Department of Education reports.

By far the hardest hit communities are on Oahu's Leeward coast, where 754 students don't have a permanent place to live.

When students enroll in public school, their parents must fill out a form that asks them where they live.

In 2016, 3,576 students reported they didn't have a permanent place to stay, according to DOE figures. That's up 50 from the year before.

"Some of the families will come forward," said said DOE homeless concerns liaison Cheryl Saito. "Others will remain hidden so to speak. They don't want all the attention."

The state provides homeless students with a backpack full of basic supplies, transportation and two hot meals a day.

However, many teachers go far beyond what's required.

This year, eight of Moore's 80 students are homeless. Only three show up to class on a regular basis."They come in and they're hungry. They're really hungry," she said. "It carries over in their emotional ability to do the school work."

She Raised a Glass of Water...

A psychologist walked around a room while teaching stress management to an audience. As she raised a glass of water, everyone expected they'd be asked the "half empty or half full" question. Instead, with a smile on her face, she inquired: "How heavy is this glass of water?" Answers called out ranged from 8 oz. to 20 oz. She replied, "The absolute weight doesn't matter. It depends on how long I hold it.  If I hold it for a minute, it's not a problem. If I hold it for an hour, I'll have an ache in my arm. If I hold it for a day, my arm will feel numb and paralyzed. In each case, the weight of the glass doesn't change, but the longer I hold it, the heavier it becomes."
She continued, "The stresses and worries in life are like that glass of water.
Think about them for a while and nothing happens. Think about them a bit longer and they begin to hurt. And if you think about them all day long, you will feel paralyzed – incapable of doing anything."
Remember to put the glass down.

When game designer Jane McGonigal found herself bedridden and suicidal following a severe concussion, she had a fascinating idea for how to get better. She dove into the scientific research and created the healing game, SuperBetter. In this moving talk, McGonigal explains how a game can boost resilience — and promises to add 7.5 minutes to your life.

At San Diego’s Cherokee Point Elementary School, many children struggle with the effects of community violence, growing up with abusive parents and other forms of childhood trauma. Instead of punishing or ignoring the symptoms of trauma, this 15-minute video tells the story of how Cherokee Point has engaged teachers, students, parents and many others in creating a culture of compassion where students and their families are thriving.

The TKF is a Safe School Model Targeting Middle School

Since its inception, TKF’s efficacy is about stopping youth violence and promoting child well-being.

TKF targets middle schools because national research has identified the adolescent ages between 11 and 13 as the peak onset for youth violence and the primary time for prevention. When one listens to young adults battling delinquency, drugs, gangs and other negative situations, you hear their common starting point for trouble is usually sixth or seventh grade. Middle schools have the highest levels of behavioral problems which not only impacts each child’s learning but the health and culture of an entire campus. Violent destructive behaviors at this age disrupt the lives of young people during a critical development period when they should be receiving their education, learning life skills, and taking on new responsibilities. Patterns of suspensions in middle school are clear indicators of future difficulties for youth if not addressed here.

Roots of Empathy is an evidence-based classroom program that has shown significant effect in reducing levels of aggression among school children while raising social/emotional competence and increasing empathy.
Roots of Empathy's mission is to build caring, peaceful, and
civil societies through the development of empathy
in children and adults. 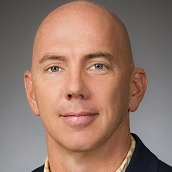 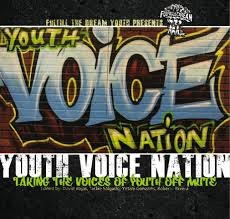 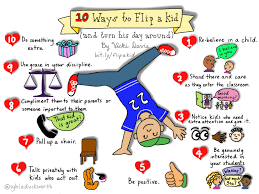 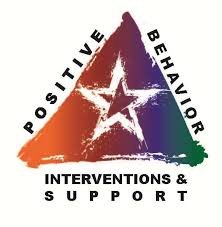 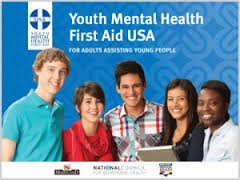